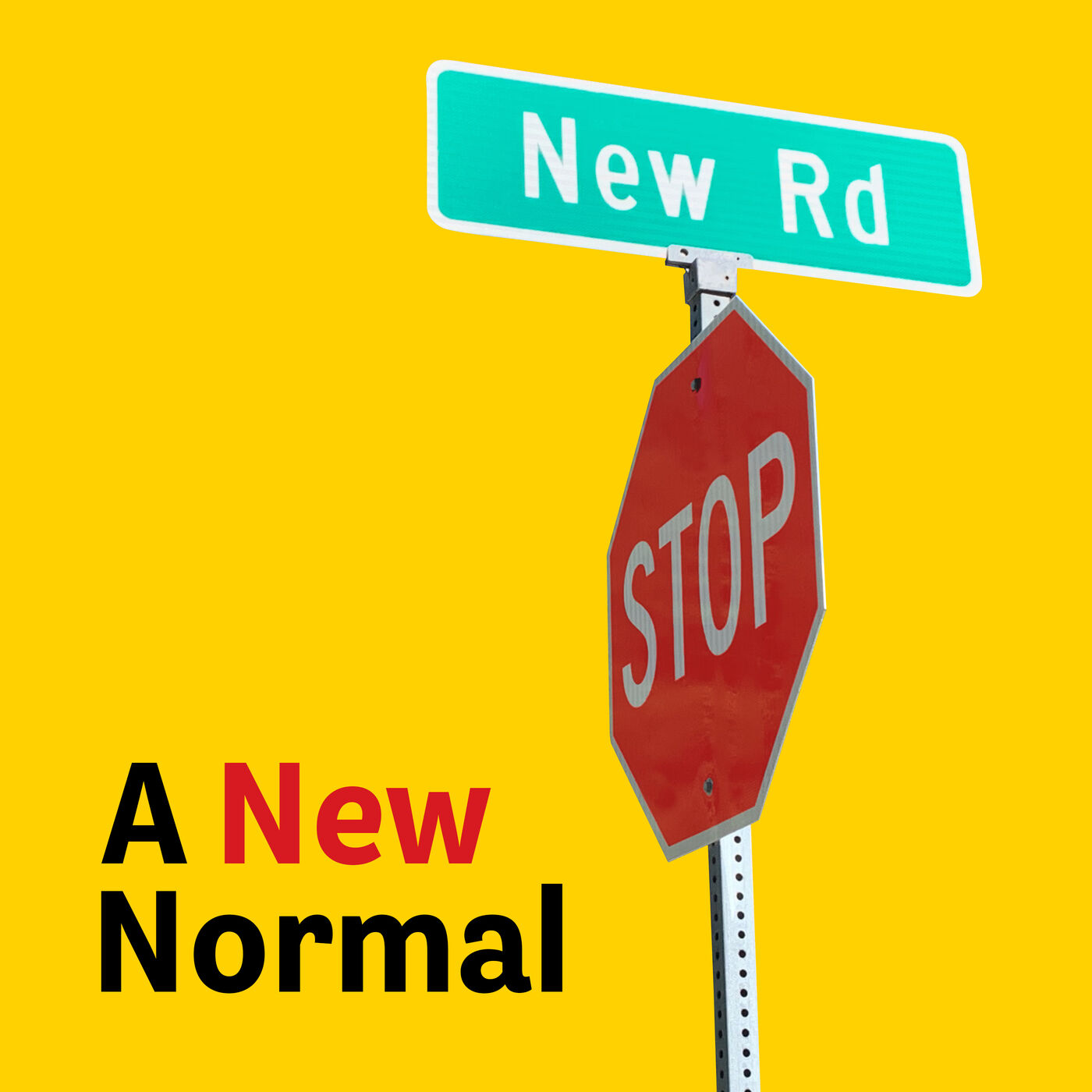 As the pandemic drags on and the American project feels like it’s spiralling out of control, hope can feel hard to come by. What’s an ordinary person to do? Especially if you're more comfortable ghosting family members with different political beliefs than engaging them, and clicktivism is your idea of getting involved. Join hosts Kelley Lynch and Cindy Sealls in Washington, DC and Obaidul Fattah Tanvir in Bangladesh as they step outside their comfort zones and embark on "Plan Be"— a project to live more in line with at least a few of their loftier ideals by cultivating connection, community and conversation in their own backyards one episode at a time.

The theme music is Fragilistic by Ketsa
licensed under CC BY NC ND 4.0

Kelley Lynch: 0:06Great. Hey, are you ready to go? Yeah. Okay. You got your mask? You got your hand sanitizer? Alright , come on. Let's go.

Cindy Sealls: 0:24I need my glasses. Okay. Yeah . So where are we going? We're going to go start our new season. Alright , let's go. Mask on. Mask on . Windows down. No, we're not listening to this.

Obaidul Fattah Tanvir: 1:19I'm not really a big fan of this.

Kelley Lynch: 1:22Tanvir! What are you doing here?

Cindy Sealls: 1:23I thought you were in Bangladesh.

Kelley Lynch: 1:27I'm glad you're with us. It wouldn't be the same without you.

Kelley Lynch: 1:40Oh wait. Here. I think you guys are going to like this ... Hey, I'm Kelly Lynch. Welcome to Season Two of A New Normal. You know, these days it's hard to imagine, but there was once a time when the pandemic was novel and we thought it would be short-lived those of you who've been with us awhile may remember this moment from our very first episode:

Cindy Sealls: 2:22when it first started. I mean, I hate to even admit it. I remember being at work and I was telling people and I was so excited. I'm excited. And they were going, what is wrong with you? Like you're , that's more of it. I was like, no, no. I just feel like, you know, I've always studied history and I love it. And, but I never felt like I lived through it where I was actually conscious of what was going on. Yes. I lived Kennedy assassination, Malcolm X and King and the riots, but I was too young to know what the heck was going on. Now . I can totally get my head around this and realize, Holy shit, the world is going on, which is what I've always thought about. What were people going through when the depression hit? What were they thinking about in the civil rights movement ? God remember all those kids going to Vietnam. I wonder what people thought about that. And they were going, holy shit!

Cindy Sealls: 3:51I would really hate to be laying in my casket thinking I'm in here because my son wanted to go get a Whopper during a pandemic

Kelley Lynch: 4:07And even invaded her dreams.

Cindy Sealls: 4:12This is really getting to me this whole covid political situation. It's so bad that Donald Trump is in my dream and I'm in a room with a bunch of people. And I'm trying to get out of the room because I realize the viral load is going to be too much.

Kelley Lynch: 4:36As for me, my restlessness has returned. I can't remember the last time I spent more than six consecutive months at home. I'm really enjoying my first ever crop of homegrown tomatoes, but I do really miss being out and about in the world. I haven't picked up my camera for months and I miss the opportunities to connect with people in places that being a photographer,

Speaker 2: 5:01For his part, Tanvir has grudgingly accepted the Groundhog day tedium of working from home. He now marks time by the reemergence of hair on the heads of his wife and daughter, both of them decided to shave their heads to cope with Bangladesh's summer heat. And because they knew it would be many months before they had to go anymore . So when it comes to the pandemic, it has lingered long enough to become by and large part of the background noise of our lives, masks and sanitizer, social distancing, all of these are just our new normal.

Kelley Lynch: 5:59But that doesn't mean things are all bad. In many ways for us, they're actually pretty good. Podcasting has become our new normal. Just saying we have a podcast has opened the door to talking with all sorts of interesting people about the impact COVID has had on work, travel education, the environment. And what we've learned is that as much as COVID has been a nuisance, a disaster and a tragedy, it's also been an opportunity. It has sparked tremendous strength and creativity and propelled us into ways of living and working and relating that were unthinkable just a year ago. And yet this microscopic virus has also exposed the all too obvious fault lines in the American project so much so that some days hope can feel hard to come by. I mean, there is so much going on and it's all so big and so overwhelming. And so out of the realm of anything that an ordinary person has agency over, that it feels paralyzing. Our first guest , this season has some advice:

Baratunde Thurston: 7:19"Start something, find your thing. And to the extent that it aligns with something you're passionate about or competent at all the better, what are you good at? What are you interested in getting good at and take some of that energy that's going into dissecting and what if and the scenarios and the election. So take those minutes, take those hours and invest them in we, not just me.

Kelley Lynch: 7:49But start what, because when it comes to investing in, we , I haven't exactly been the living embodiment of the kinds of changes I'd like to see in the world. I've refused to engage in conversations with people I disagree with politically, even if it meant ghosting members of my own family, I spent a lot of time complaining about what's wrong with any number of things, but when it comes to taking action, pretty much only engaged in clicktivism. I've forgotten everything. I once memorized for my high school civics exams about how the government works, ditto, the names and dates that once passed from my understanding of U S history. I voted party line because I couldn't be bothered to do the research and I've gotten high again and again on the divisive political crack in my Facebook feed, Cindy, who's one of the most open minded people. I know. I mean, how many people do you know who have switched from being an evangelical Christian to a Quaker said her biggest challenge still lies in listening with an open mind to people who believe differently than she does. And Tanvir, who's always, so well-informed said that one of his biggest struggles is venturing out of his go to news bubble to study the issues from multiple perspectives. The three of us agree , it's time to expect more of ourselves, a country, a government, a society, and a community are each just a collection of individuals and how we act in the plural starts with how we act in the singular with that in mind, how could we hold ourselves to a higher standard, put another way? And I will be the first to admit that this sounds super corny, even though it really shouldn't, how could we embody the changes we'd like to see in the world this time, the travel restrictions of the pandemic put us exactly where we need to be right in our own backyard. And so we invite you to join us as we set off in search of another new normal one, that reimagines a future that starts with each one of us this season, we'll do things like get to know our neighbors. And we are lucky to have people in this neighborhood who literally come from every part of the world. We'll also get to know more about the past that has shaped our present so that we can use it to help us create a better future. We'll try to find the fun and civics and put ourselves on a balanced. We will consult long dead philosophers and their modern counterparts for advice on how to live well in difficult times. And we'll invest some serious energy in learning how to have civil and productive conversations with people who see things very differently than we do. Our virtual car would be even better imagined as a virtual bus. And we'd be more than happy to share the driving. Maybe you've started your own be the change project. And you've got stories to share, or maybe you've got ideas about people we should talk to or things we should look into, whatever the case we'd love to hear from you. Like all the best journeys. We're not exactly sure where we'll end up or what we'll encounter along the way, but we look forward to figuring it out together. One episode at a time.

Email has been submitted.